“Your past is a tightly wound knot of experiences that are deeply woven, engrained deep in the unconscious, buried into the dark abyss of the unseen, and dominating your current thoughts, emotions and actions of today. Liberation and forgiveness into the now is done by meticulously undoing what you thought to be true.”

Based on my experience both as a student and teacher, the above statement is my clearest and most succinct that I have at this point in my development.

“I totally forgive him for his mistakes”

“I forgive her for doing such a horrible thing”

“I forgive myself for hurting that person”

“I forgive that person for being ignorant and rude”

“Oh yeah, I totally got over that…”

In my book I wrote a chapter, “forgiveness is a joke” and was referencing kids having to say “I’m sorry”. It’s honestly a bunch of BS from adults that don’t understand nor have genuinely experienced what forgiveness actually is. I’m saying that, because if you actually felt the feeling of forgiveness, which arises from an open heart, you realize that there is little to be said. Only felt. ( a little on this later)

What happens with these knots in the brain?

The knots are a representative of what we thought was right and wrong. It’s a blend of our morals, values, emotions, and body postures that were intertwined when we experienced something in our past. These are often referred to as our ‘patterns’.

These entangled patterns drain our energy; our emotions get hijacked; our health, behaviour, and lives are conditioned around resentments, shames, and guilts which are part of these tightly wounds knots. These knots age us, accelerate disease in our bodies, change and shape how we see reality in front of us. Amazing.

I knew a woman who told me she forgave her ex for mistreating her, and when I asked her if she would have dinner with him, she said, “No way in hell. He’s an asshole”–that is far from forgiveness. That knot is still tightly gripping.

Resentment, guilt and shame permeate from the unconscious past, into a distorted present reality. Internally, people beat themselves up for years, or for that matter, beat other people up for years, because of distortions and mis-perceptions of the ‘supposed’ truth of the past. This “emotional baggage” continues on for years with a solid and fixed judgement about the person or themselves.

And all of these untruths, where do they get us? Pardon my language, they F*!#  up our life.

The mind is a true magician. Our mind works to convince us, to rationalize, tries to sort out, figure out what is right and wrong. That’s not where the juice is. That’s not forgiveness.

I can teach you the science of forgiveness. And it’s MUCH, MUCH more work than you can imagine. That’s why I tend to be quite cautious when someone tells me they forgave themselves or someone else. I know the work that goes into it. I really question whether they went through the pathway that is required. At this point, I can probably ask a question or two to discover if forgiveness has really been achieved.

THE IRONY and PARADOX:

But a most interesting piece, is that when you have truly let go,  accepted and forgiven, there is no mention of forgiveness.

NO MENTION OF FORGIVENESS.

NO MENTION OF FORGIVENESS.

Because forgiveness isn’t a thought, you’re actually not thinking about forgiveness while you are forgiving..it’s really weird.

Forgiveness is a heart-felt, expanded feeling of complete and total understanding that life, that person, that event, that circumstance, even your behaviour, HAD to be that way AND it was PERFECT just the way it was. Again, the strange part about it, is that all of this understanding is engulfed in an extremely large awareness, emptiness, empty space…so momentarily you suspend the thinking process, and just feel. Feel the vastness of love, gratitude, and wonder.

For those that have been Illuminated at Illumination Experience, you know this exact feeling. You are speechless for a moment. Absolutely speechless.

HOW DO I ACHIEVE FORGIVENESS? 3 ESSENTIAL QUESTIONS TO START

Forgiveness arises when the unconscious mind has been de-knotted into perfect symmetry. Like taking two entangled pieces of rope and unwinding them so you see them for exactly what they are; two pieces of rope. After that takes place, the energy that was keeping the tightly wound knot together is liberated and transmitted to your conscious awareness, which then cracks open the heart. All in one fell swoop.  And god, does it feel amazing.

When I was around 13 years old, I packed my plastic garbage can full of paper and lit it on fire in my room. I quickly realized that the bottom was melting so I had to run into the bathroom and run the bathtub to put it out. The house stunk. Some lies of course followed…and I carried around some guilt and shame for lying and for the actual act. Not until I was about 35 years of age did I clear that old knot, because frankly, I didn’t even know it was there until I started to do some work. I could rationalize I was young and foolish..but that rationalization DOES NOT UNDO THE KNOT.

And keep in mind..the knots lower your self worth and self esteem.

Those 4 steps are the beginnings for you to work on.

Illuminating the Way for you and your future,

INVITATION TO NEXT ILLUMINATION DAY IS NOW AVAILABLE–   APRIL 28, 2019

Are You Ready to Become Resilient?

Sign Up to Receive My FREE Guide:
7-Steps to Harnessing Resilience

Success! Now check your email to confirm your subscription. 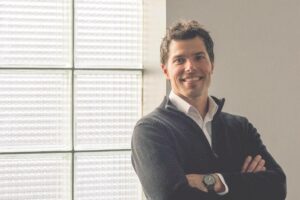 I am a holistic health and healing doc, working with moms, dads, singles, couples and kids. I will show you how to bring love, healing, well-being and outrageous health to your family.